Incase you missed it, here are some of the best plays from Week 2 of college football.

Lets start off with the Georgia Notre Dame match up. With Irma coming in hot on the east coast this weekend, Georgia fans are loving their first trip north of the Mason Dixon line in the last 60 years. But that’s not the only game they came to see. With the Falcons playing the Bears Sunday, a lot of UGA fans are up in Chicago. They made their presence be heard in Wrigley on Friday.

Now the rest of the games.

Michigan started Saturday off with a bomb.

Speight to Crawford for the first Michigan score #GoBlue pic.twitter.com/8GkTKLnOqd

Purdue had a double flea flicker, which led to a score.

Clearly Kentucky is proud of their institute for higher education. 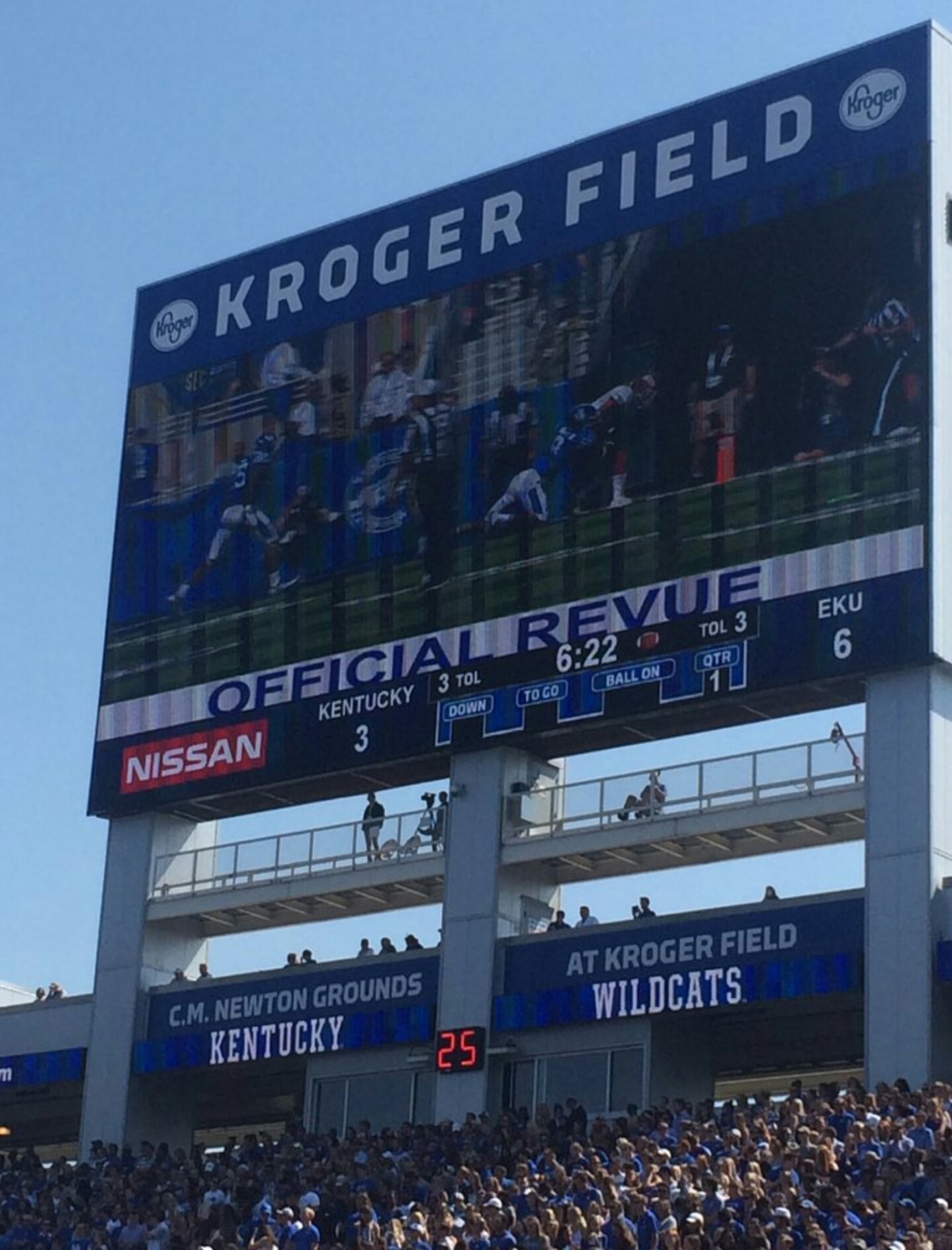 Iowa tied it up late in another great Cyhawk game.

Maryland was up big, but that didn’t stop D.J. Moore from giving up on this fantastic run.

D.J. MOORE YOU ARE RIDICULOUS. pic.twitter.com/HO1B6jPUsW

Wisconsin RB Jonathan Taylor could not be stopped either.

Lamar Jackson, showed why he should win the heisman one more time.

Lamar Jackson with the bomb! Louisville is ready for a shootout. #Louisville pic.twitter.com/L32Rlo14jt

Later in the day, the shootout between Oregon and Nebraska, we had the best catch of the day.

Both Nebraska and Oregon had super excellent (and similar!) TD catches in the 1Q alone https://t.co/LWaN5huj6p pic.twitter.com/cPdWmajHqv

But no college football is complete without some nasty hits.

Ron’quavion Tarver had the nastiest stiff arm of the night. #USU pic.twitter.com/2Q3vmfbQsI

There were couple of one handed catches and one spectacular interception.

Pac 12 after dark showed up huge with huge plays on 3rd and long. Both in the same game.

Frank Darby with a TD catch on a 3rd-and 37 for @FootballASU!

But the cake goes to Baker Mayfeild planting the OU flag in the middle of the horseshoe after OU routed the buckeyes.

Fail of the Week: This goes to the botched snap from Louisiana Tech

1 comments on “ICYMI: Sights and Sounds from Week 2 CFB”