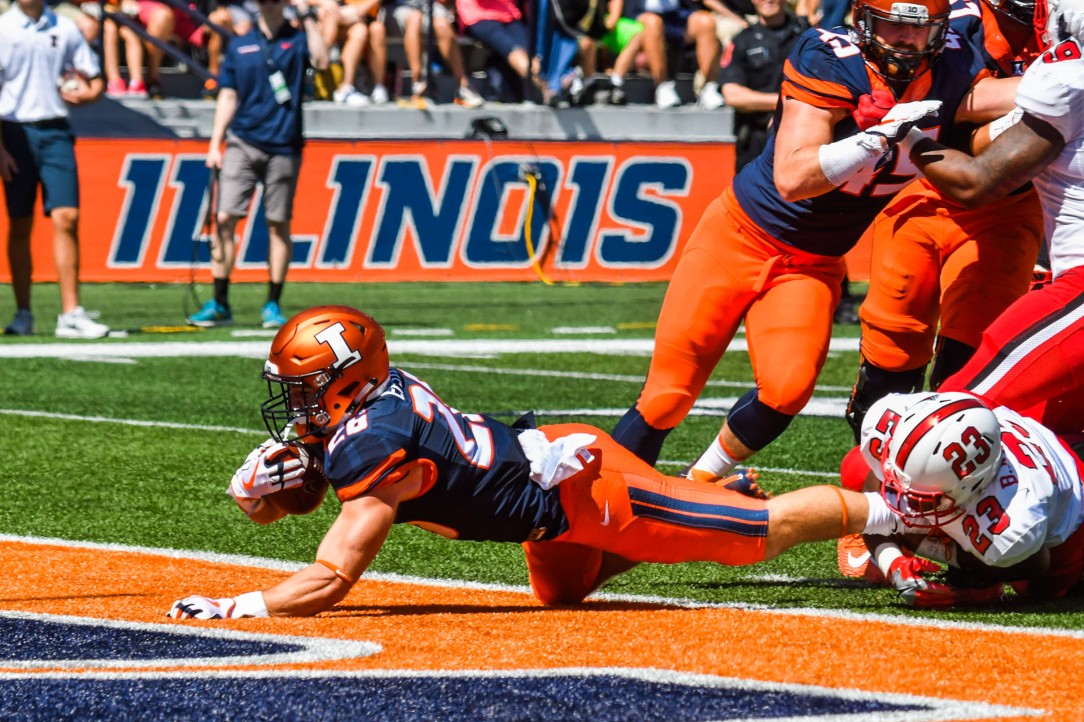 Lovie Smith returns to Tampa, Florida for a Friday night game between Illinois and #22 University of South Florida.

Lovie Smith returns to Tampa, Florida for a Friday night game between Illinois and #22 University of South Florida. Even if this is ranked team, USF is has a lot of flaws. USF had a comeback wins against SJSU in Week 0 and against Stony Brook in Week 2. Both games had the Bulls down early. Friday night’s game will also be played in Raymond James Stadium in front of high school teams that may not be able to play this week and first responders of Hurricane Irma. There is a lot on the line for both teams, a validation of a top 25 ranking for USF and a momentum builder for Illinois.

What Illinois Need to Do To Win

Chayce Crouch is only 50% in passing this year. The QB needs to be better at passing the ball around. Errant passes against double coverage or short passes will be terrible for the Illini. Luckily, the Illini can run the ball. Crouch is mobile and freshman RB Mike Epstein has a chance to have another great game. If the Illini can get the run game going early and run up the score (I can only hope), they would be able to bring the USF defense in, which allows Mike and Mike to extend passing plays. USF also starts very slow, and if they can stop the rally, Illinois has a chance.

How the Illini Can Stop USF

Stop the Run. Last week, Illinois only allowed 6 yards on the ground against the Hilltoppers. USF runs the ball more than 70 percent of the time. Our defense needs the same type of production we saw against Western Kentucky. USF is also terrible on late down production, averaging 33% for the season. Defensive intensity is a must. The Illini have a top 50 defense, they need to play like it. This game will be fast paced and taxing on the young players. If the energy can be sustained for 4 quarters, Illinois can win.

Last year, USF QB Quinton Flowers had 24 touchdowns through the air and another 18 on the ground and just seven interceptions. This year, he leads the Bull’s high powered rushing attack in attempts and yardage. Look for a lot of attention to be placed on Flowers. Smith’s Tampa 2 defense allows the Illini to put a lot of pressure on Flowers while taking away the passing option. Running teams play directly into the strengths of the the Tampa 2.

Illinois is a 17.5 point under dog, which I feel is too large for this game. Illinois is extremely underrated. The Bulls start slow and cannot complete a 3rd comeback win. Illinois 33 – USF 31