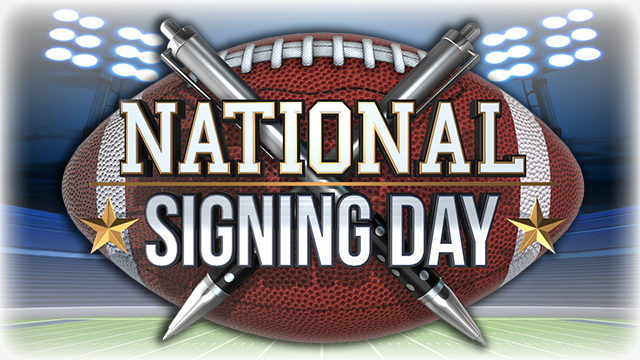 The NFL season ended on Sunday and now we are officially in the football off season. With National Signing Day starting today, the B1G’s strong recruiting class can only get stronger. All 14 of the B1G schools rank in the Top 60 in the nation, which leads all Power 5 conferences. Follow @thelastsnap_ on twitter for breaking news all day.

Last year, Indiana finished in the bottom half of the FBS in offensive production. With QB Richard Lagow graduated, the Indiana QB position has been a huge priority for Tim Allen’s first full recruiting class. Early signing period brought in four star QB Michael Penix from Tampa, Florida and three start QB Reese Taylor, IndyStar’s Player of the Year. The two freshman and incoming red shirt sophomore Peyton Ramsey round out Indiana’s young QB core. Indiana also signed RB Ronnie Walker who will join Penix in spring practice. So far Indiana has signed 21 other players and have a top 43 recruiting class, which is good for 10th in the B1G.

Maryland also made moves in December, locking in the 26th best recruiting class this year, and 6th best in the B1G. In December, the Terps signed 22 new players and have 2 players remaining on the board. 3-star TE Maleak Bryant has committed to Miami of Ohio and 4-star CB Noah Boykin has favored Florida as of late. Maryland also added former No. 3 overall recruit Byron Cowart, who left Auburn earlier this year. Cowert will add size and talent to a defensive line that was in the bottom quarter of all FBS teams last year. The Terps also added former Illini Tre Watson who will transfer as a graduate student. Watson was the 3rd best tackler at Illinois and the 14th best tackler in the Big Ten. Maryland also signed 5 freshmen linebackers to fill the two open linebacker positions.

After last year, the QB position was a big problem for the Wolverines. The Wolverines were able to lockdown former Ole Miss QB Shae Patterson and 4 star QB Joe Milton. With Wilton Speight transferring after the 2017 season, Brandon Peters is the only remaining QB in the Wolverine locker room. But with Patterson and Milton both on campus this spring, the QB position should be ready in time for Week 1. Michigan added 14 other players in the Class of 18 and are awaiting National Letters of Intent from 4 more players. 4-star LB Otis Reese, 3-star CB Vincent Grey, 3-star ATH Michael Barrett and 3-star WR Ronnie Bell are all expected to sign with Michigan on Wednesday. Michigan has the 17th best class in the country and the 3rd best class in the B1G.

With the hammer not dropped yet on athletic programs of Michigan State, the Spartans have had quite the successful recruiting season. With all but 3 starters returning for the Spartans, there was little to worry about this off season. In the early signing period, Michigan State picked up 5 4-star players and 15 3-star players to add to a young team that went 10-3 last year. Mark Dantonio, may have more on his hands with the current state of the Michigan State athletic program, but, for now, the Spartans have the 20th best recruiting class in the nation and 5th best recruiting class in the Big Ten.

Ohio State has the best recruiting class in the Big Ten and the second best recruiting class in the nation and Urban Meyer is still not done. Meyer and his staff are working hard to secure three final targets ahead of the National Signing Day on Wednesday. Ohio State is battling with Florida and Alabama for the NLI from the country’s best tackle, Nicholas Petit-Frere. tOSU is also battling with Nebraska for Javonteae Jean-Baptist. Meyer visited JJB in early January and Nebraska coach Scott Frost made an in-home visit last week, both apparently knocked it out of the park, but no verbal commitment. The last recruit remaining is the least likely to sign with Ohio State. 4 star offensive lineman, Rasheed Walker has a very good relationship with the staff at Penn State, but tOSU has other perks like development for the NFL.

Penn State has the 4th best class in the nation and the 2nd best class in the B1G. A top 10 class is all but locked in for James Franklin’s squad. But the Nittany Lions have 2 more targets on the board for Wednesday. Although, Ohio State is still in play for Rasheed Walker, the Penn State staff are extremely confident in landing the All-American tackle. Penn State’s last target is Solomin Enis. Enis seems to stay close to home in Arizona and Pac-12 school, Arizona State and Utah are top picks. But Enis is the son of former Penn State RB, Curtis Enis, which could help sway the decision.

Chris Ash has lots of work to do come signing day. Currently he has 1 un ranked signed player from IMG academy, WR Jalen Jordan according to Land of 10. The Scarlet Knights have 16 other commitments bringing them to the 2nd to last in the B1G and 50th best class in the nation. The latest commitment for the 2018 class comes from Swedish DE, Robin Jutwreten, who was visited by Ash earlier this week. More expected to sign Wednesday.