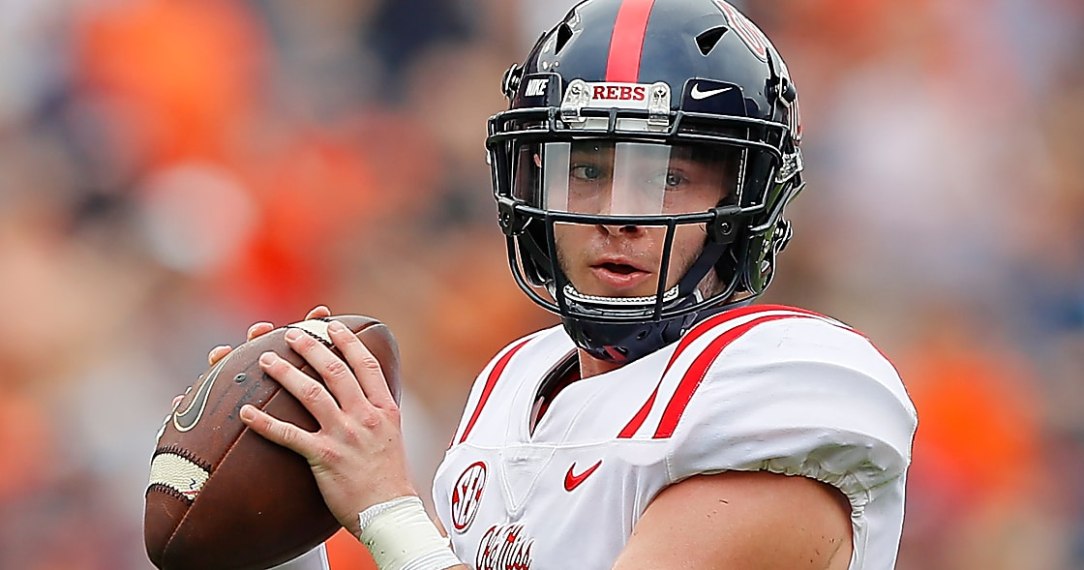 Is Shea Patterson the QB that Michigan Needs?

This makes Big 10 football exciting. Last year Michigan had a hard time finding a competent QB and split time between John O’Korn, Wilton Speight and Brandon Peters. None of the 2017 QB’s found much success in the season, leading to dissappointed Wolverine fans across the states. With O’Korn graduating and Speight transferring from Michigan, not much was left on Jim Harbaugh’s roster, other than unproven Red Shirt freshman, Brandon Peters. In comes Shea Patterson.

Shea Patterson played 10 games at Ole Miss before transferring to Michigan after suffering an injury halfway into the 2017 season. In the 10 games for the Rebels, the 5-star QB completed 60.7% of his passes on 392 attempts for 3139 yards, 23 TDs and 12 interceptions. Here are his highlights from Ole Miss.

Dubbed “Johnny Manziel 2.0”, Patterson is the QB that Michigan needs to compete at a high level again. The team has a competent defense and needs an offensive spark to min Big 10 and national championships. SB Nation has a good article on how Patterson fits into Harbaugh’s system.

Patterson has a good case to play in 2018 and he will make an instant impact to Wolverine’s backfield. Hopefully he can play and help change Harbaugh’s 1-5 record against Ohio State.

Ole Miss has 9 days to respond. Ruling expected this month.