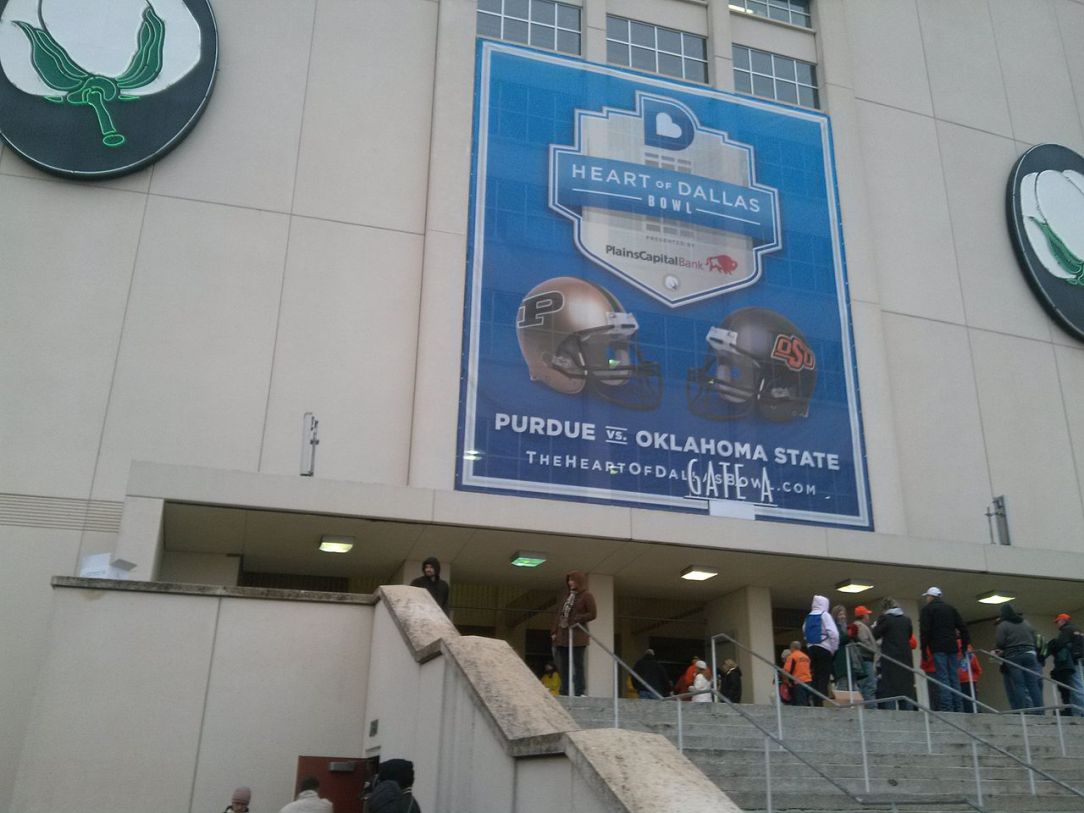 Zaxby’s Heart of Dallas Bowl May Move Out Of The Cotton Bowl.

The Heart of Dallas may move after the 2018 season.

The Dallas City Council was THIS close to voting against giving ESPN $300,000 for the Heart of Dallas Bowl game at the Cotton Bowl.

But at the last second, council member — and former SMU running back — Tennell Atkins got the vote delayed until Sept. https://t.co/gCRu6MT7LN pic.twitter.com/uSy4vhtZ14

The Zaxby’s Heart of Dallas doesn’t really attract the best of teams to the Cotton Bowl. Generally attracting teams from the Big 10, the Big 12, the Pac 12 and Conference USA. In the last 8 years, we have seen teams like Northwestern, Penn State, Oklahoma State, Purdue, Illinois, Washington, Army and West Virginia take the field. Attendance has dropped from a high of 48,313 for Oklahoma State vs Purdue to a low of 20,229 for Washington vs. Southern Mississippi.

Bowls move all the time and with Austin looking to get the bowl action, it doesn’t look like the Heart of Dallas Bowl will be in Dallas any more.