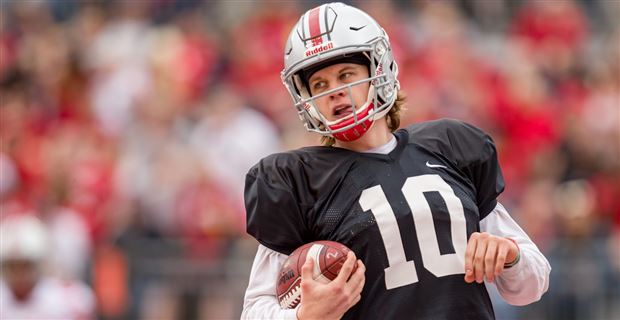 LSU has its quarterback.

LSU could be losing two quarterbacks.

Redshirt freshman Lowell Narcisse is considering transferring from LSU and could make a decision soon, sources told The Advocate on Tuesday.

Narcisse, a 6-foot-2, 240-pound St. James High graduate, was absent from practice Tuesday along with fourth-year junior Justin McMillan, who is also likely to transfer.

Narcisse underwent two ACL surgeries in high school, and he redshirted as a true freshman in 2017.

McMillan, a 6-3, 215-pound left-hander from Cedar Hill, Texas, earned his degree this summer. He has attempted one pass in a college game at LSU.

In spring practice, Narcisse competed with Brennan and McMillan for the starting position. None of the players earned the spot, leading Ed Orgeron and the coaching staff to bring in Burrow.

Sheldon Mickles and Scott Rabalais contributed to this report.

It makes sense for McMillan to transfer, given he just graduated. Narcisse on the other hand was just a freshman that was recovering from 2 difference ACL tears which kept him off the field for his last two years of high school.

Burrow, the clear starter for LSU, is a graduate transfer of Ohio State. In his 2 years, Burrow played in 11 games, completed 29 of 39 passes for 287 yards and 2 touchdowns. Before Ohio State, Burrow was a 4 star prospect out of Athens High School in The Plains, Ohio where he amassed 11,416 yards 157 TDs and only 17 interceptions in 3 years as the starter and added 2,067 yards and 27 TDs on the ground. Burrow may be rusty, but he has the skill to excel as a starter for the Tigers. Burrow still has 2 years of eligibility left.