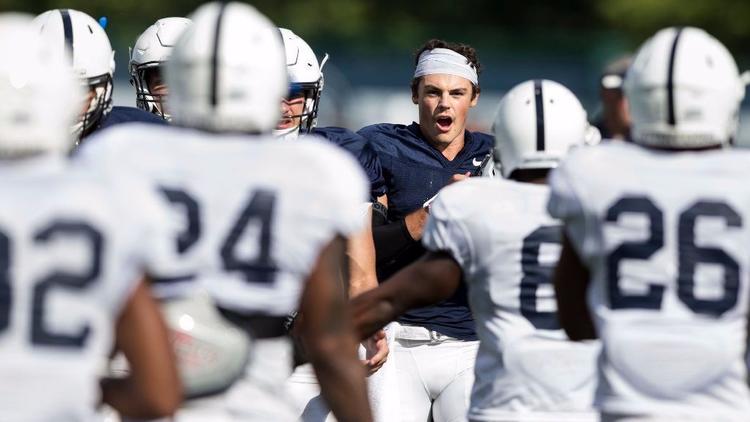 Saquan Barkley is gone, but Penn State returns a Heisman caliber quarterback for the 2018 season. Last year, the Nittany Lions went 11-2, beating the Washington Huskies in the Playstation Fiesta Bowl Last year. It’s only losses were to Ohio State and Michigan State, losing the games by a combined 4 points. Even with the star RB gone, Penn State will be back with a vengance.

Penn State had the 6th best recruiting class in the nation and 2nd best class in the B1G. The Lions got 6 of the top 10 recruits in the state of Pennsylvania and 12 players in the top-10 of their respective positions. It is safe to say, Penn State is going coming into the 2018 season stacked with fresh talent.

Penn State has its Heisman-caliber QB in Trace McSorley. I previewed him a couple weeks ago. Read about him here.

Penn State suffers its biggest set back on offense with the loss of Saquan Barkley, DaeSean Hamilton and TE Mike Gesicki who accounted for 36 of the team’s 68 TDs. The offense will have a setback, but will still be lethal due to the passing attack led by McSorley. RB Miles Sanders has huge shoes to fill, after getting only 31 carries in 2017. Sanders will have to learn to make plays, even when holes aren’t available. Younger players will have to step up if Penn State wants to see the same offensive success as years past.

Penn State lost a lot of key players, but returns a lot of players with experience on its defense. The Nittany Lions lost 9 starters but return 8 of 12 key players on its defense. The defense will definitely be rebuilding but will have ample time to get back into form before the toughest part of the season hits. To compete against Ohio State, Michigan State and Michigan, Penn State will have to play their best football and stay healthy.

Penn State has 4 cupcake games but has a very meaty schedule, scheduling Iowa and Wisconsin in its crossover games. Luckily for the Nittany Lions, only 1 of its 5 toughest games are played on the road. They will avoid trips to Ohio Stadium, Kinnick and Camp Randall and only play at the Big House on the road. However, with talent in key positions leaving the program, taking the B1G East crown will be difficult. Penn State goes a respectable 8-4 ranking just outside of the Top 25 at the end of the season.