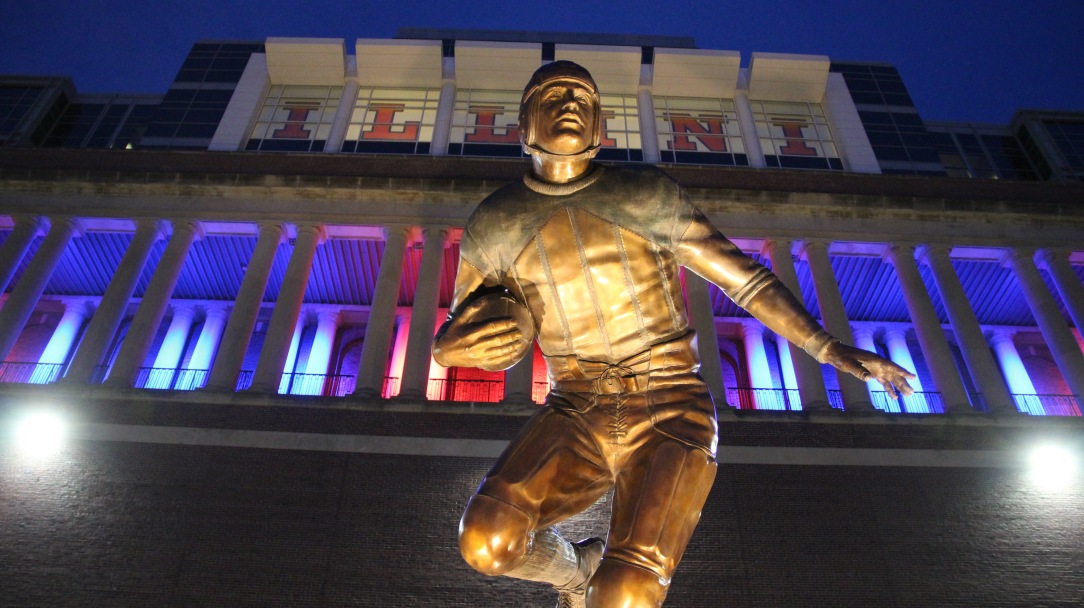 If there was one star for Illinois last year, it was its defense, and that isn’t saying much. Illinois started most of its freshman on defense. The best stat from the young group was its 19 turnovers gained, which was good for 60th in the nation. But the group allowed 418 yards a game and 31.5 points. The Illini’s biggest loss was to Ohio State when the team gave up 52 points. However, if we remember the games, Illinois kept close against tougher competition.

2 of those losses had Illinois in winning position, but when the offense can’t score points, there is only so much the defense can’t do. But regardless, Illinois ranked in the bottom 20% of every major defensive category. So where does that put us for this year?

Illinois returns 9 of 10 tacklers, 8 of whom were underclassmen. Illinois got gashed up front in the run collecting only 19 sacks and 53 Tackles for loss on the season, which was good for 104th and 118th out of 130 teams respectively. Luckily the Illini have a new line coach and safety coach, who should be able to clean up some of the mistakes. Illinois also returns four of six top line backers and four of the top five players on the secondary.

The Illinois defense is young and will need to make strides in coverage to be successful. For the Illinois defense to succeed, the Illinois offense will need to stay on the field. The Illini are projected to win only 2 games this year, and a large part of that is the awful offensive production last year. Allowing freshmen to see the field last year and get that experience is Illinois best bet for success. Lets hope that the young players can turn it around this year.